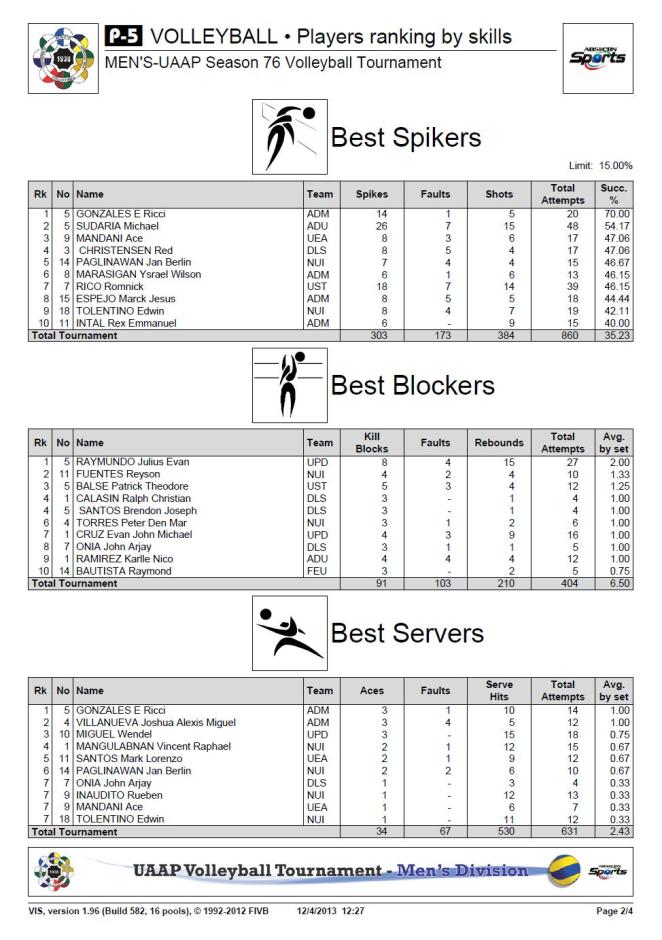 Come UAAP Season 76, I don’t see any team stopping the almighty La Salle Women’s Volleyball Team this year. In fact, I don’t even see them losing a set this season (Okay they may but only a set or two). They may have close sets but at the end of the day, they will still win it.

The Lady Spikers have beefed up their already strong line-up with very good recruits. And it’s not just really all about the quantity of the players they acquired but they are also multi-awarded athletes way back in high school.

As we have seen the past year, La Salle has focused on floor defense. Although blocking is still there, floor defense has improved tremendously. The entry of Dawn Macandili is a big boost or rather a big replacement for Melissa Gohing. The girl has very good digging and receiving which will make it even possible for La Salle to have more plays. I have seen both Gohing and Macandili, although Gohing is clutch and has carried La Salle the past years, Macandili has a very good potential to be the best libero in the UAAP.

La Salle may be having their smallest line-up in years this UAAP Season 76 but the Lady Spikers have always been good in timing with their blocks. Everyone in the first six can really block even the smaller players. So blocking won’t be a problem especially since they are really known to excel in this skill.

The team was already loaded with attackers this year. However, the entry of Des Cheng and Kim Dy will add more color to their already full-blast line-up of spikers. The good thing with La Salle is that since they have a couple of versatile players, they will be able to experiment a little bit and shuffle their rotations. You still have Marano, Galang, Reyes, Demecillo, Tan, Cerveza, Camille Cruz and many other options. When it comes to spiking, La Salle is really loaded.

La Salle has two very good setters in Kim Fajardo and Mika Esperanza. The good thing with Coach Ramil is that he kind of like playing both players in a game. As we have said in the UAAP, setters tend to be read by the opponents easily after some time. The addition of Kim Fajardo spelled horror for most teams. The girl has very good “pitik” and has good decision-making skills. Mika Esperanza does the low-fast setting tremendously. Both setters will really elevate La Salle’s game this season.

Other teams tend to overlook their serving but La Salle has the best servers in the league. All their players really make it a point to make their serves heavy. This kind of skill really makes it easier for La Salle because the opponents will have a hard time receiving balls and will not be creating plays.

Like I previously mentioned, La Salle has a good bench this year. They were able to recruit a lot of good high school players and they still have a lot of players who at least experienced a championship or two.

Aby Marano is no doubt the team’s leader. She has very good motivating skills and she really leads by example. She makes sure her team won’t relax or won’t lose the confidence in every game. Well, swag will always be there for the La Salle team especially with the addition of Des Cheng.

Notice that when teams are up against La Salle, they somewhat get intimidated right away that they tend to put on their worst games ever? That’s what La Salle brings to the table. They tend to bring out the worst in the teams. They are not really just very good in skills but they are also sort of like the opponents’ kryptonite that whatever they do, the opponents are either afraid or down psychologically. Of course, when it comes to the crucial stages, La Salle will always have that. They have always been in the Finals the past 10 years and they have the right formula for winning these kinds of games. They already have this winning system that they just keep on implementing year in and year out. This is their big advantage as compared to the other teams, which is why with an intact line-up, excellent program and with very good acquisition of players, the championship is really theirs to lose this year.

La Salle will really get that 4-peat title and will sweep the season and won’t lose a set in the coming UAAP Season 76. They all have the skills, necessary fundamentals and intangibles to have a perfect season this year.

Who will they face the Finals? That’s another worthy blog post worth commenting. But for sure, the 2nd place will be like a championship for the other 7 teams already.

Thank you for reading and God Bless. 🙂

What I am doing/saying

Error: Twitter did not respond. Please wait a few minutes and refresh this page.

What you can see

Things I talk about